Another rainy gray day, but there is no texture in the sky this morning. Just one long sky of gray. The river is slightly higher this morning and running quicker. Another good day for staying inside and getting the work done.

Yesterday morning started out quite productive with a bit of reading in the City of the Century book Todd loaned me. There’s a chapter in it about the stockyards and the local area of Chicago where my Strohmaier side of the family rooted upon first arriving in Chicago. Then, it was off to the Life Drawing Studio to do some writing on the studio with a male model in it. Steve is quite different from Chelsea, in that he asks the artists about what poses they want, making sure that they work for everyone. There’s a different kind of respect between them. There were short poses, long poses, and continually moving poses. I wrote and wrote and wrote. In the end, I found myself writing about the vulnerability of the human body and how these sessions bring in both the strength and the weakness.

Off and on throughout the day, I kept doing research on the New City neighborhood that surrounded the Stockyards from the end of the 1800s to the mid 1900s. Four generations of the family went through the Canaryville section of the neighborhood. At the heart of the experience lies St. Gabriel’s church. I know that my great-great-grandmother Katherine’s funeral mass was there, her son Charles and wife Irene must have attended the church, their daughter (my grandmother) Theresa married Larry there, and my mom was baptized there. There must be even more connections with the church than the few annotations I’ve found.

The Stockyards were a horrible place, and I’m not saying that just because I’m vegan. By all accounts the smells and sounds permeated the neighborhoods, polluting the air and water. This was the poorest area of the city, though it seems that there were different levels of living. Canaryville had small houses, and the neighborhood was both German and Irish Catholic. The Back of the Yards section of New Town, more to the west of the stockyards were mostly Eastern European—as was portrayed in The Jungle.

I keep thinking about my great-great-grandpa Charles straight off the boat from Germany. How did he make his journey to Chicago? When did he root down in Chicago? In the 1910 census his occupation is listed as a baker. Did he escape the stockyards upon arrival, or did he do both? Were they in the neighborhood during the 1904 workers strike? So many questions. After digging into Missouri quite a bit, it’s fun to start digging further into the Chicago roots.

Yesterday afternoon, as I mentioned in my previous post, was a Sound of Music pilgrimage, in a way, the bookend to my other experience in Austria in April 1995. Kirsteen and I had a lovely afternoon together, and I am so grateful that she was willing and excited to take the afternoon road trip. We left around 2 and it only took us about a half hour to get there. Stowe looked fairly cute, but touristy cute—the town clearly has money for preserving the old houses and historical feel. So, we drop straight up to the Trapp Family Lodge. A quick browse through the gift shop left my mouth watering, so I thought it best to leave purchases until after the tour. 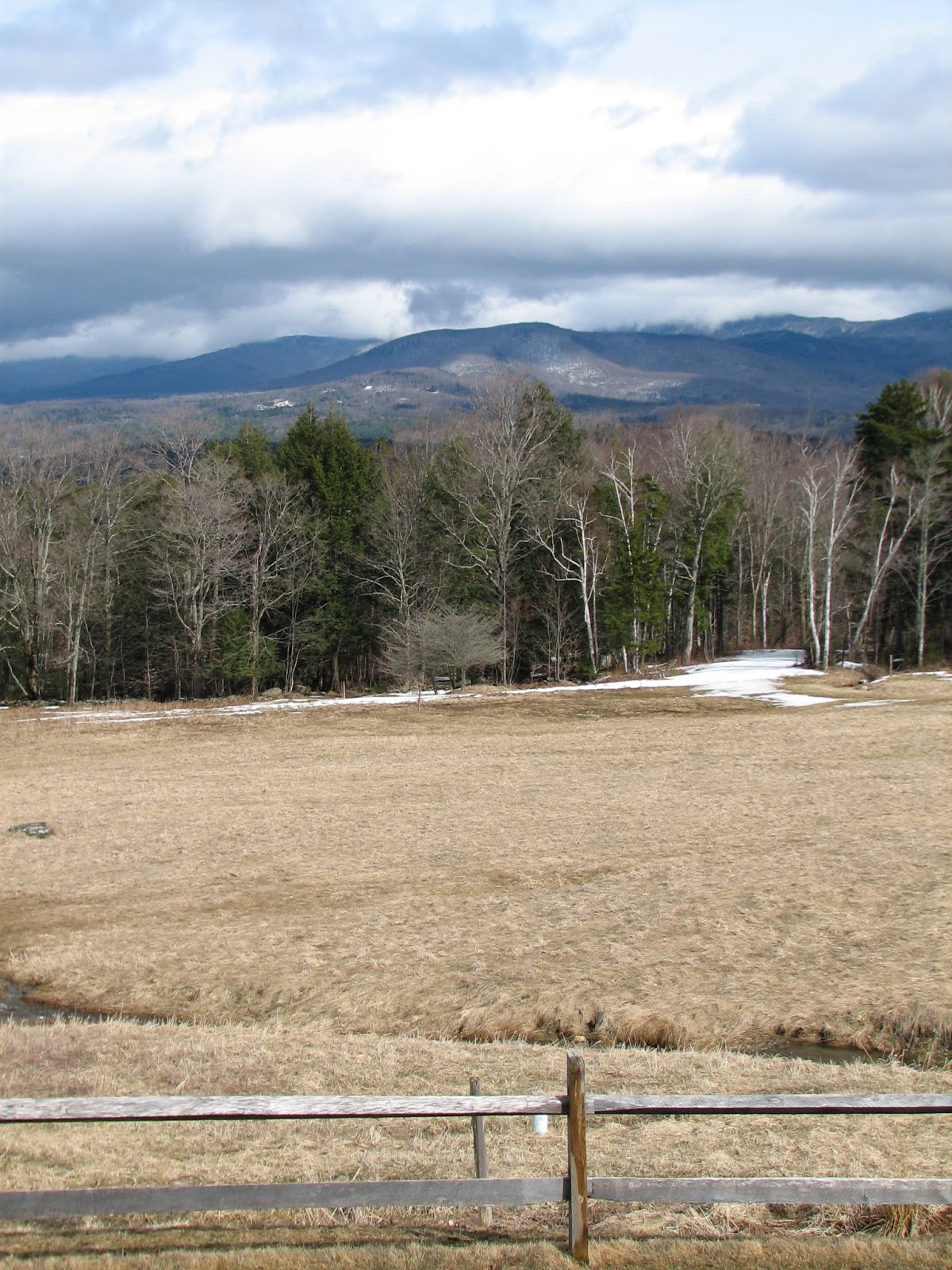 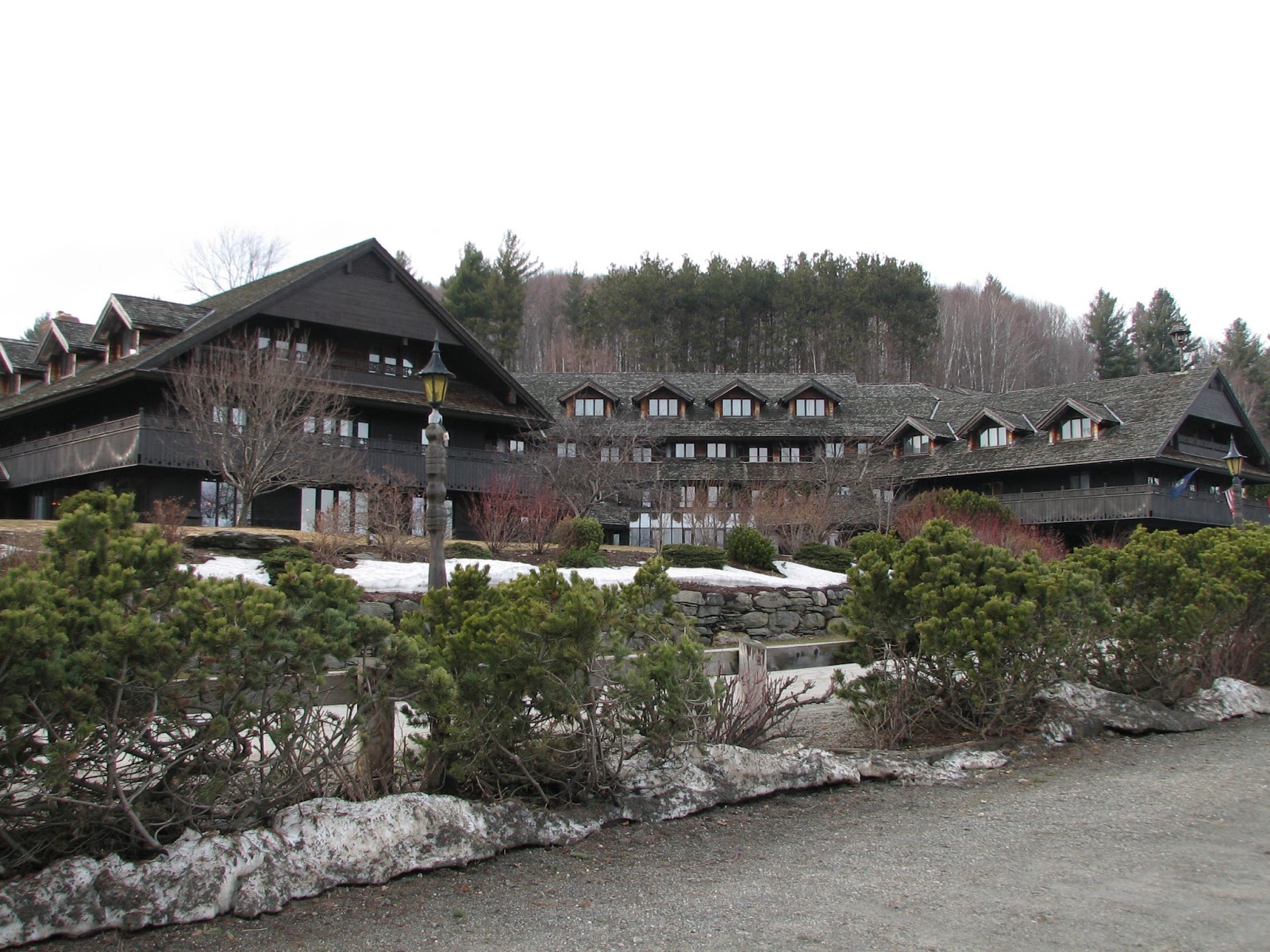 We went to the lodge’s delibakery for some hot drinks and desserts. After being served by one of the most untalkative, uncommunicative barristas, we took our tea, coffee, and linzertorte (Kirsteen) out to the brisk but delightful outdoor porch. With a view of the Green Mountains and the shifting clouds, we chatted about our international experiences (hers in Brazil, mine in South Africa) and our writing. As I said to her later, there’s nothing like a beverage with a view!

The tour wasn’t quite what we were expecting. We basically sat in a downstairs room for an hour and a half. The lecture was great, the short film was interesting, but there wasn’t really any walking around except a brief foray into the upstairs lounge to see some pictures. The Lodge is still run by the family, and at the end of the tour, one of the grandchildren came out to answer a few questions. He was fresh from a cross country ski, but he spoke quite animatedly about the family history and how they try to have a VTOD (von Trapp on duty) at the Lodge at all times.

What a legacy. His grandparents, Georg and Maria, were even more gutsy than the film portrays. Georg basically refusing to sing at Hitler’s birthday part—to Hitler’s face. The time frame of their story is lengthier than the film suggests, and by the time they arrive in America, Georg and Maria have three new children. With ten children to feed, they toured the US singing and eventually bought a farm and settled in Stowe, Vermont. It’s quite a story. Outside the lodge is the family graveyard where Georg, Maria, and several of their children are buried. 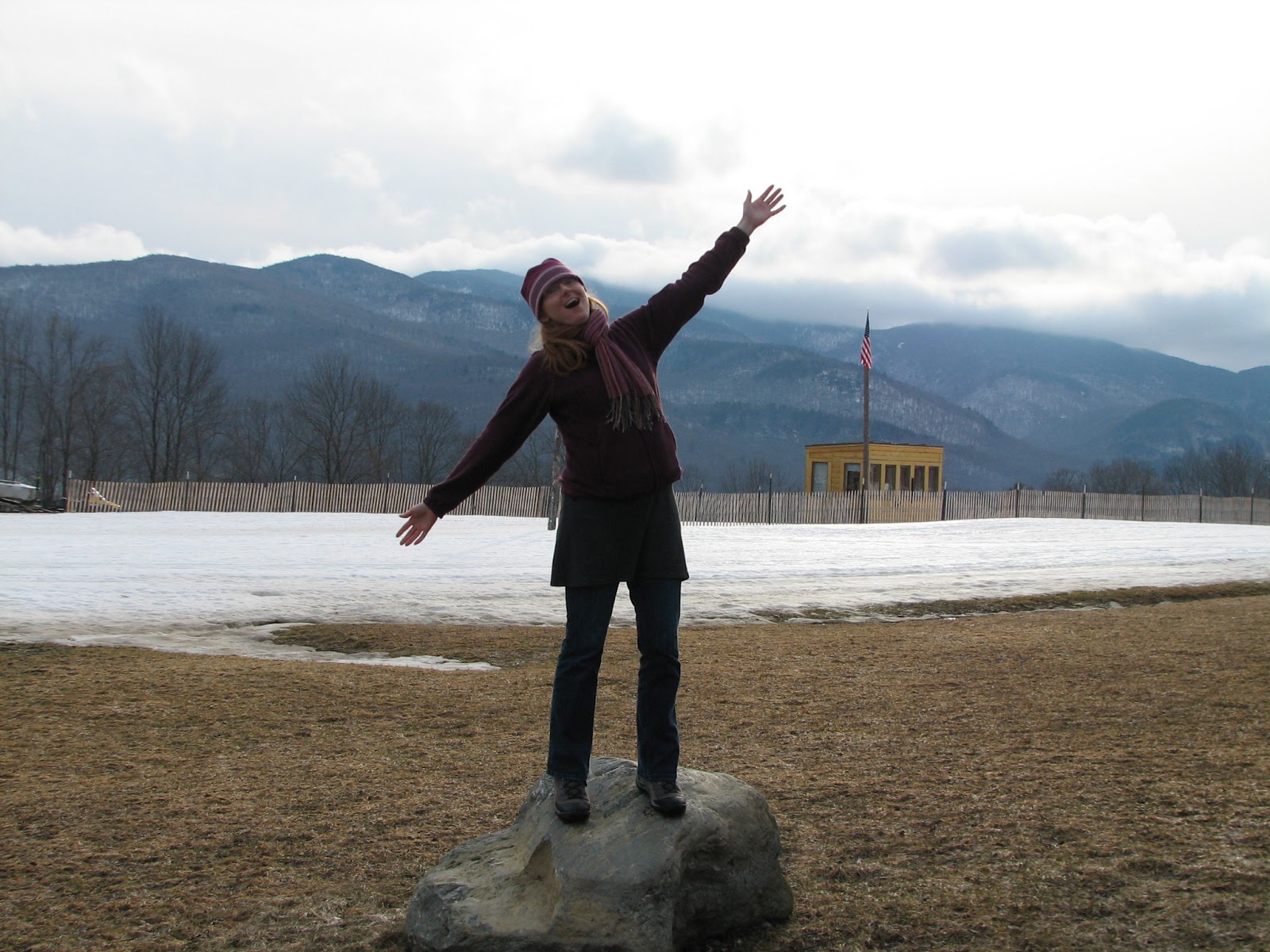 The hills are alive and slightly off tune 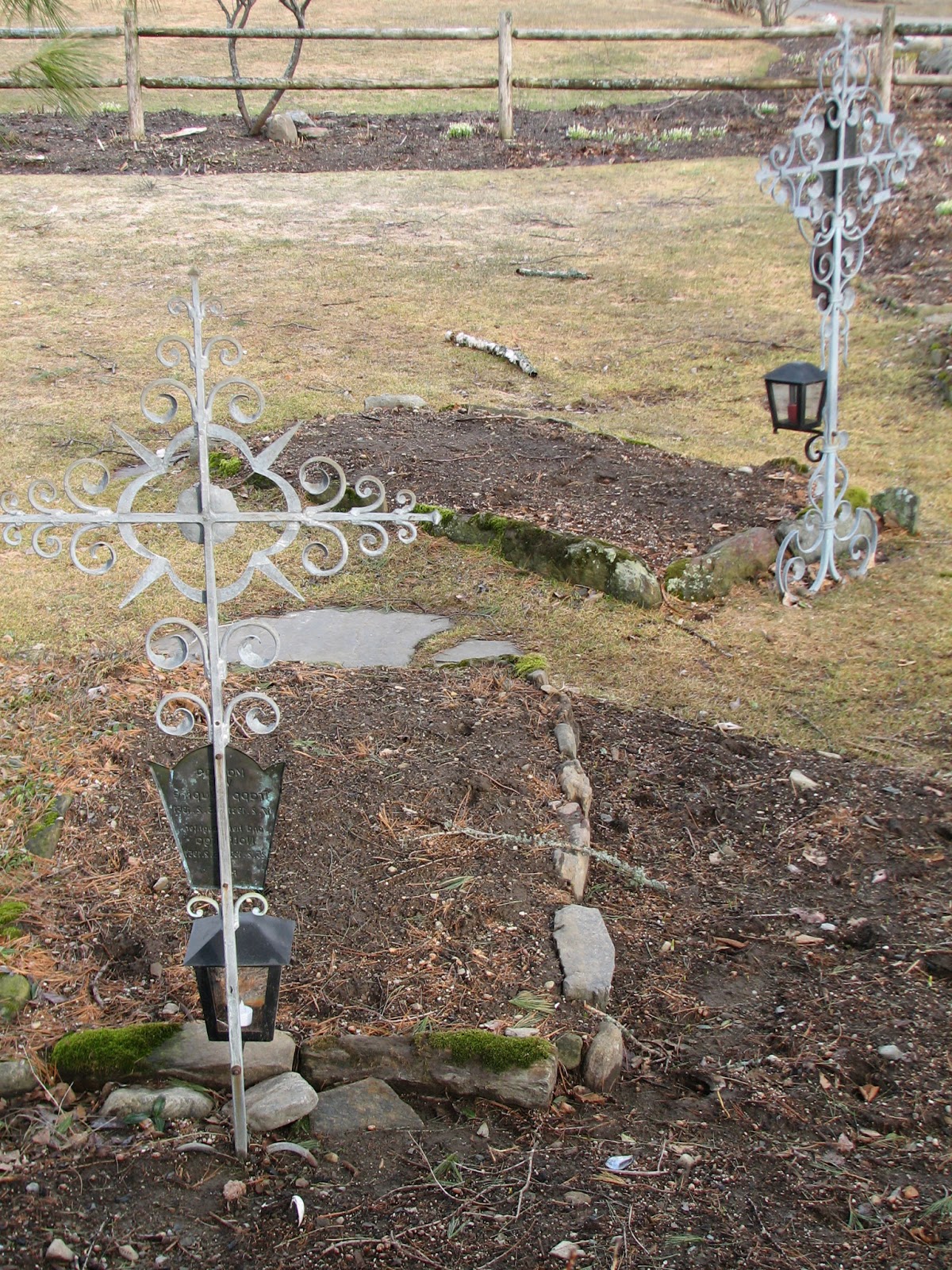 Georg and Maria's graves in the family graveyard

Kirsteen and I made our way back to the VSC just in time for dinner. I was too excited from the day to do anything but play with the day’s photos and do a little bit of research. I skipped the visiting artist’s sculpture talk completely. Today should be a busy day of morning work-study and afternoon writing. Eamon leaves today, so I will accost him at breakfast to sign my book. Well, I could ramble on and on, but the clock is ticking away to breakfast.

Remember, the hills were/are/always will be alive with the sound of music…
Posted by Maureen Ewing at 6:28 AM