I’m not sure that tea is going to cut it this morning. One of those days when your alarm goes off, you make it into the studio, you sit down to start working, and you think, why did I get out of bed? So, chugging tea in the vain hope that it wakes me up.

Yesterday was all over the map productive-wise. After breakfast I decided to do my work-study for three hours, but I could only do half of it because the office needed the computer. I felt too antsy to go back to the office, so I walked down the road to where there was rumored to be a covered bridge. It’s certainly not the prettiest covered bridge you’ll ever see, but it’s a bridge, it’s covered, and it’s in Vermont. One must take at least 75 photos of it, which is precisely what I did. 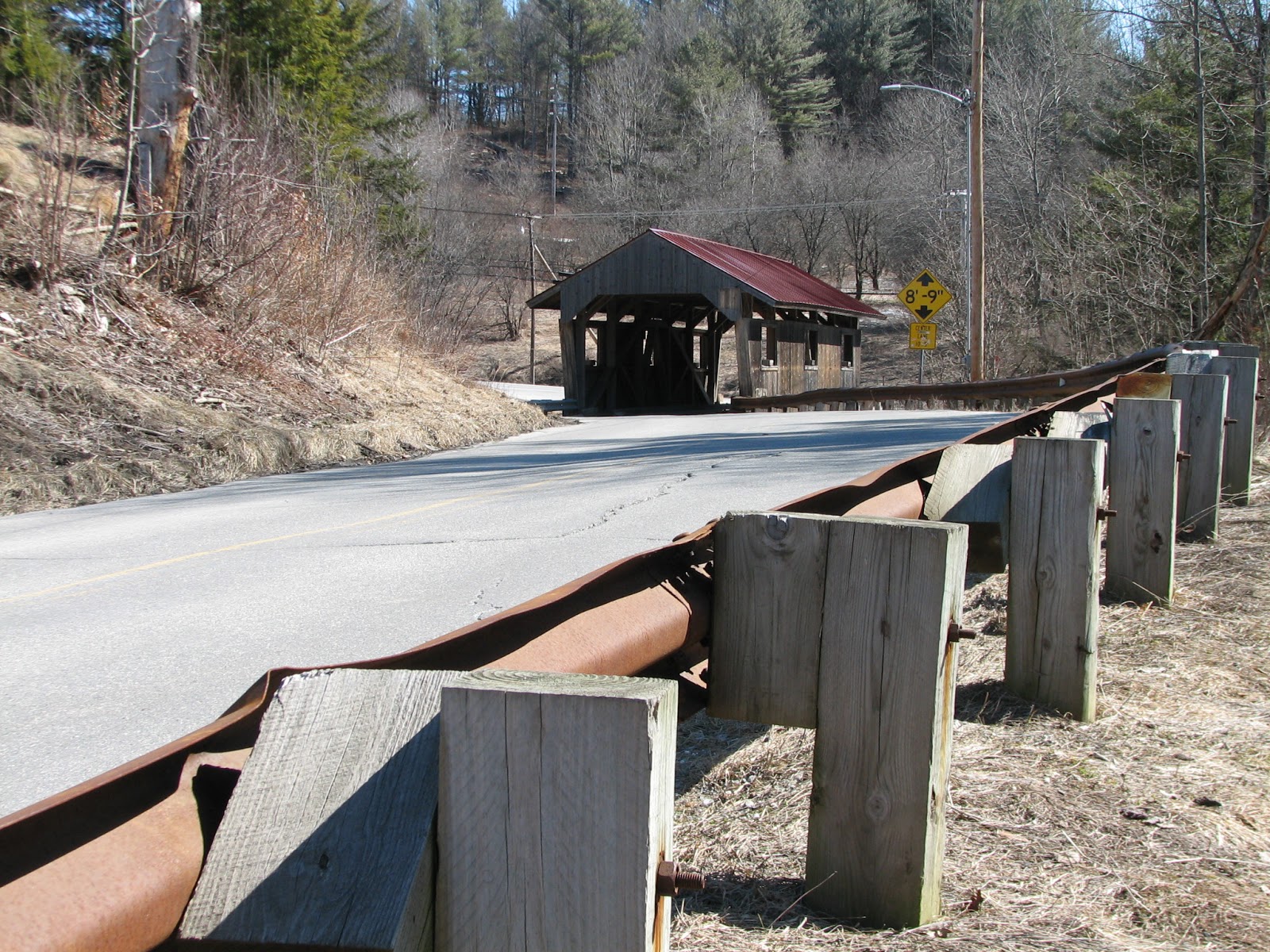 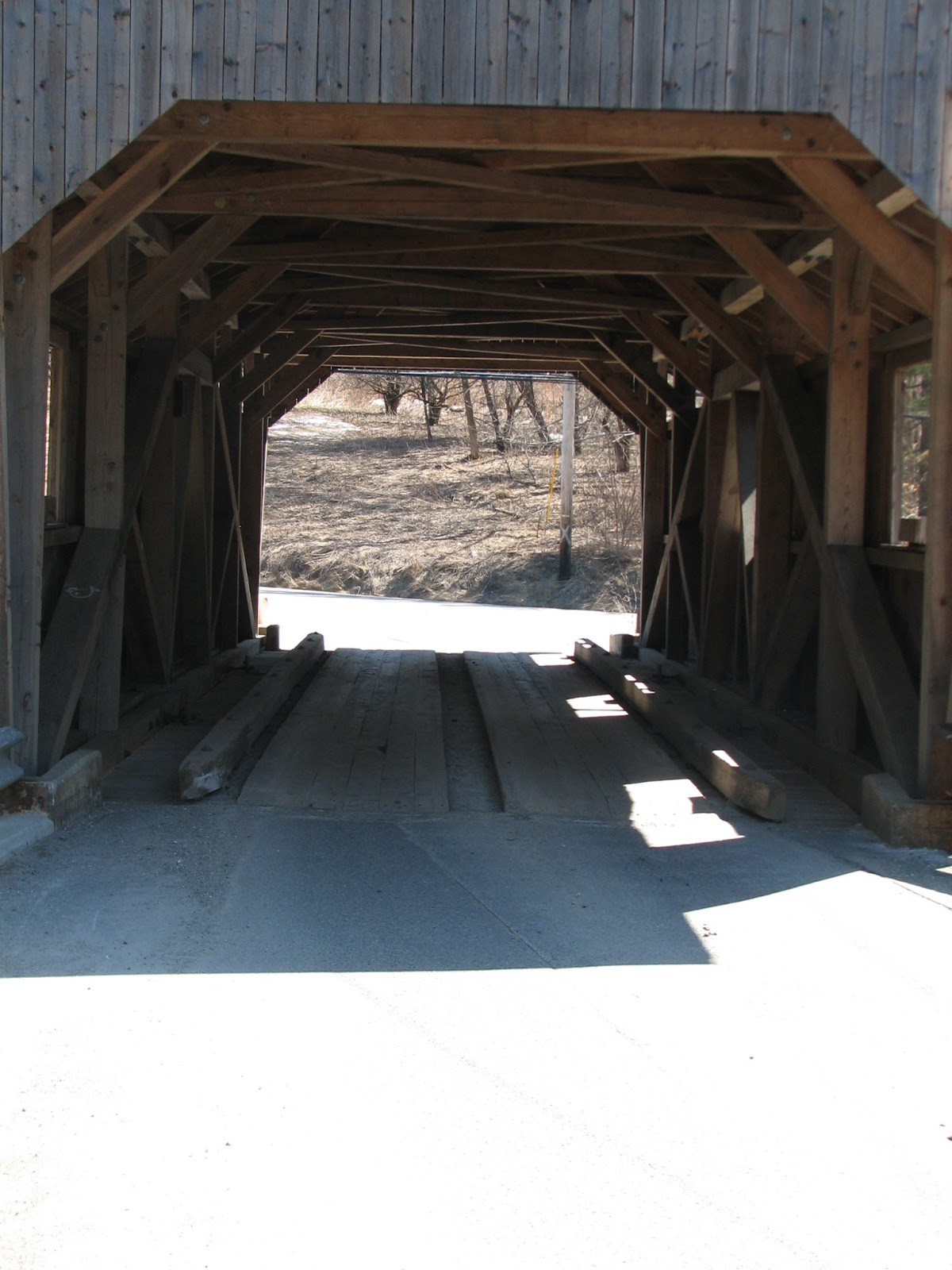 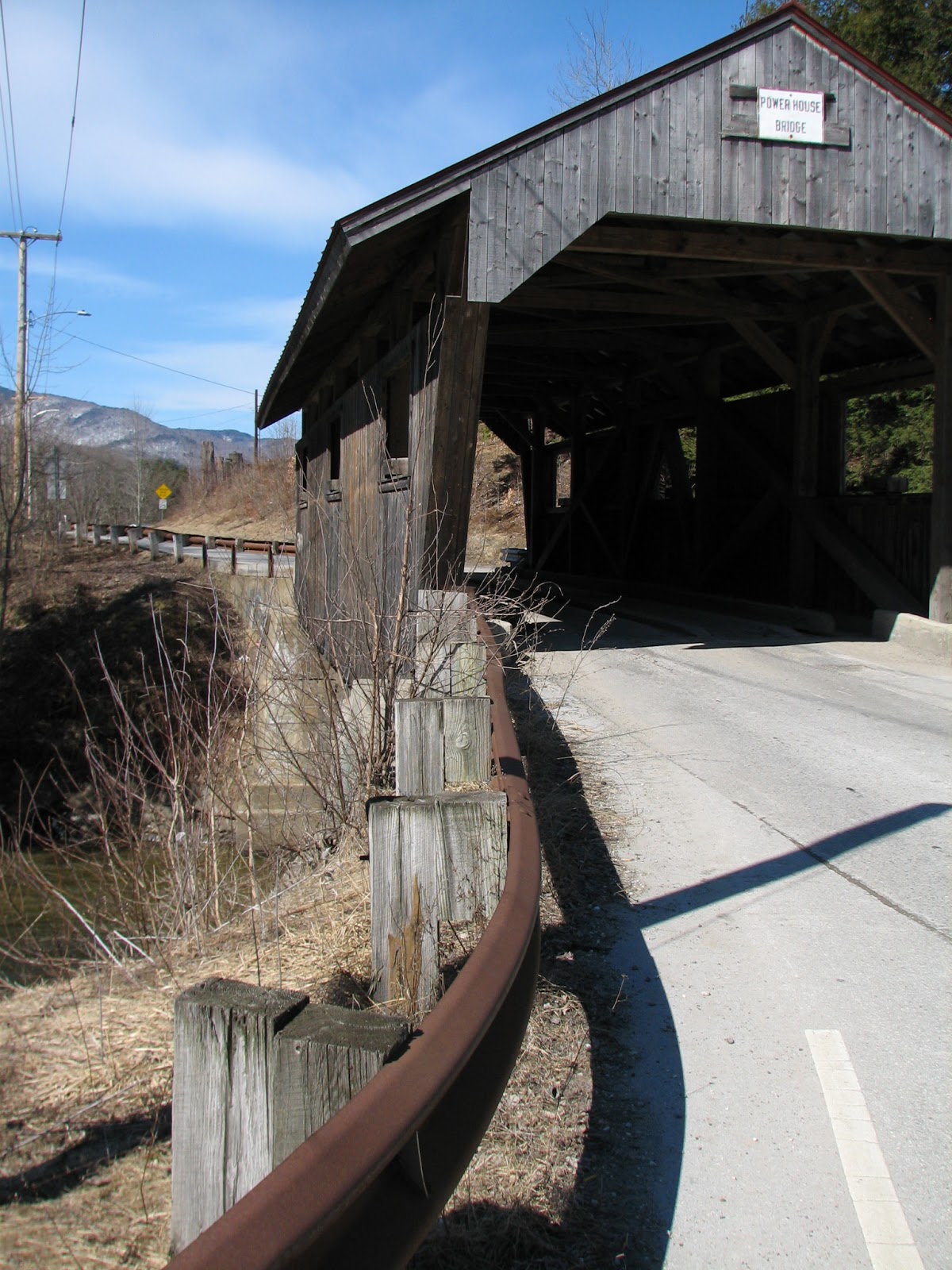 After a bridge and river photo shoot, I made it back to the studio for a quick productivity session before lunch. It’s funny how hungry one gets before a meal here, like you haven’t eaten all day.

Th afternoon was one of those hodge podge days. I came back to my room and began to read more of the Westward Journeys and then decided it was clearly time for me to nap when I found myself bobbing my head. So, like any sensible person trying to get work done, I stretched out my feet, sunk further into my chair, and woke up an hour later. It felt awfully good, I can tell you that.

I spent the last two hours before dinner going through more of Collins’ newspaper columns. I came across an entry in October 1958 where he talks about Pocahontas being buried in Gravesend, England. He seemed to find it touching that every October a group gathers in Gravesend for a service in her memory.

Suddenly, I found myself writing a poem about my grandfather’s column, Pocahontas, and Saartje Baartman (the ‘Hottentot Venus’). It took me quite by surprise, and I spent the rest of the afternoon trying to figure out the tone (both sincere and sarcastic) and the details I wanted to include. I found myself using footnotes like Jenny Boully does in The Body. This is the gift of having time to write like this. The process becomes more playful, more organic, less I’m going to sit down and write a poem now. It just comes to you in a moment.

Todd and I took a stroll around Johnson before ditching the dining room and ordering Chinese for takeout. The town is small and worn down, and you can see its age in its beautiful old buildings. The homes are lived in, not preserved, the servant’s doors and wrap around porches indicative of the once-upon-a-time class divided town. One of my tour guides on the first day, a resident of the area, called this poor man’s Vermont. Well, it might not be the top item of the tourist guide, but one can see it’s a community, and that’s why people rooted here.

After dinner, Eamon Grennan gave a beautiful 50min reading. With his still-pronounced Irish lilt, he took us on a poetic journey from his small home in the west of Ireland to his home in Poughkeepsie, New York. He told stories of everyday experiences, memories, the natural world, artistic experiences. His poems reveal the careful choice of words and sounds, the movement of his voice and body in a rhythm that comes from reading these poems often and cherishing them. Everyone in the room—writers and artists—felt inspired after that reading, many returning to their studios to keep at it. Todd and I ushered ourselves to the writer’s library, turned on the electric fireplace, and reflected on the uniqueness of his work. We wonder what it will be like to hear him speak this morning on his craft to us writers, and what will he say about the work of ours that he will review?
Posted by Maureen Ewing at 6:25 AM