A brisk start to the morning. You know I’m tired when I drink a cup of coffee. So, a fresh cup of coffee in my handy dandy VSC travel mug, a Luna bar, and I can make it until breakfast and make it through this blog!

A good day yesterday, full of a little bit of everything. A little work-study in the morning followed by a craft talk with Eamon Grennan. He spoke to us writers for about an hour about the poems that speak to him, his “compass” poems that show the direction of his tastes, his ear (ie, what he likes in the poems). It was interesting to hear him go all the way back to Sir Thomas Wyatt and bring it up to Elizabeth Bishop. Of course, we were all in an Irish trance. I’m wondering if people in the UK and Ireland are lulled into the same space like us Yanks. It doesn’t hurt that his own poems are so beautiful and evocative. One of the things he mentioned was that the lyric poem negotiates the space between data (details/information) and rapture (emotion). I definitely struggle with bringing in the rapture, as I often feel too bogged down in the data. 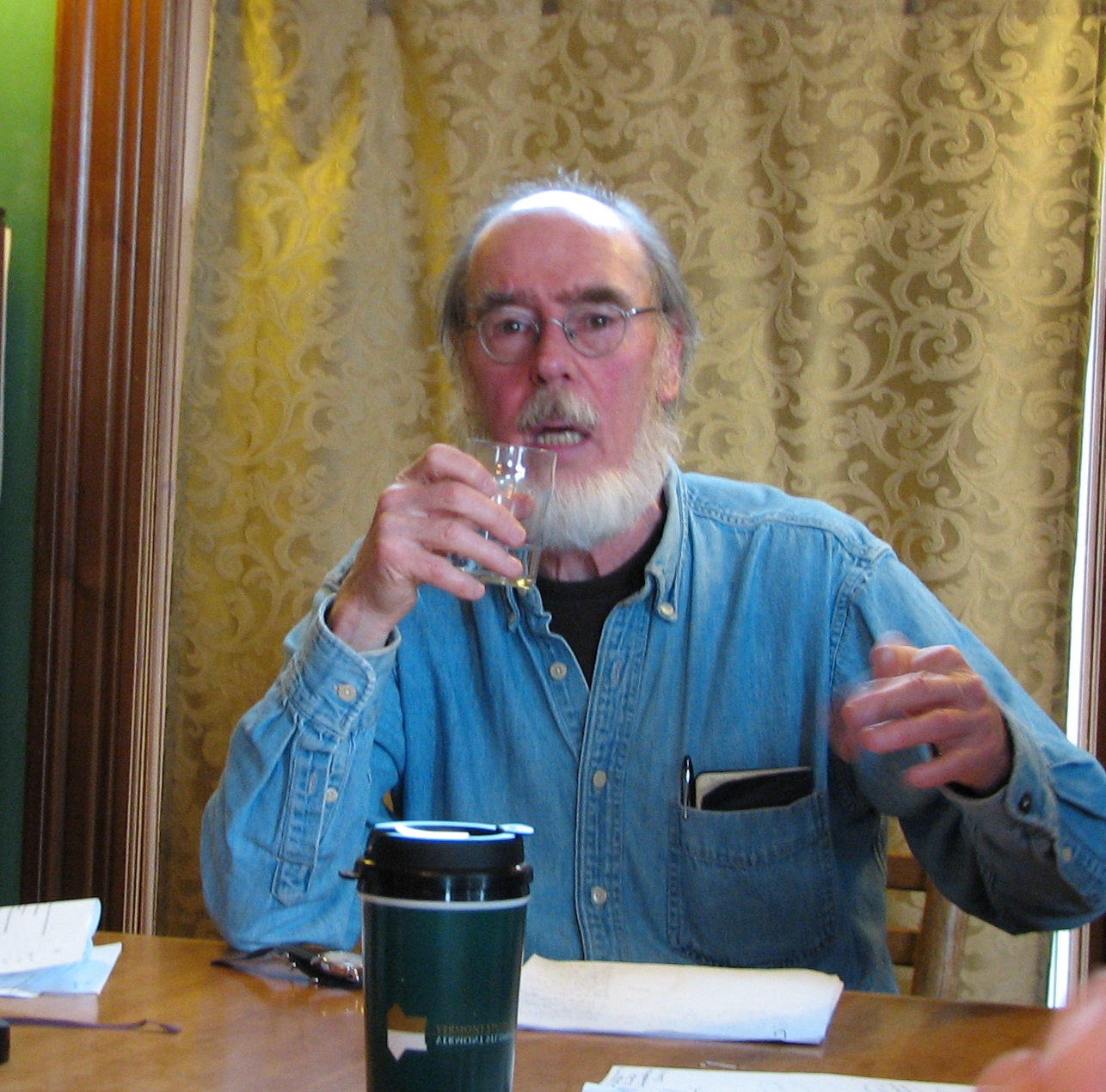 After the craft talk, there was a little time before lunch to focus on some poems, so back to Pocahontas. In the afternoon, I came straight back to my studio for two hours of concentrated work. I wrote a poem about Elizabeth Ewing, who was married to Chatham Ewing, and moved with him from Virginia to Kentucky in 1791 and then to Missouri in 1821. Not as tortuous a journey in 1821, perhaps—not the large mountain passes, and not as painfully long and tortuous as the eight month journey other families took to go from Missouri to Oregon or California. I’d written this journey in Chatham’s voice a year or so ago, so I finally did one in Elizabeth’s.

At 3pm, I didn’t use my writing as an excuse to avoid the gym, and I tagged along with Kat, the screenwriter from LA whose office is next to mine. We trudged up to the gym at Johnson State College for a good Friday afternoon workout. After we trudged back down with the mild snow flurries around us, I cleaned up and went straight back to the studio. There’s something so great about the normal daily distractions. They simply don’t hold as much power over me here. I can envision Todd and I returning to Chicago and maintaining this momentum. I’ve been so reluctant to get up at 6am at home, but here I really push myself out of bed.

After dinner, Todd and I spoke with Jon Gregg, one of the founders, who is off to Cuba today for three weeks. I’ve been doing work in his office, so I’ve had some conversations with him. He nonchalantly said last night that he had thought about seeing if Todd and I wanted to stay on a few weeks so that Todd could help him with PR, and presumably, I’d keep helping with the database project. Not that we would be able to do it right now, but the fact that Jon had pondered the offer was intriguing. Would we move to this quiet space in Vermont? It would be an interesting thought.

So, here we are with one week until departure. The clock has been tick-ticking the past seven days, and a week that started nice and slow gained too much speed. Lots to do this weekend, and since time is irrelevant in this space, I will plug ahead like it is a regular work day. 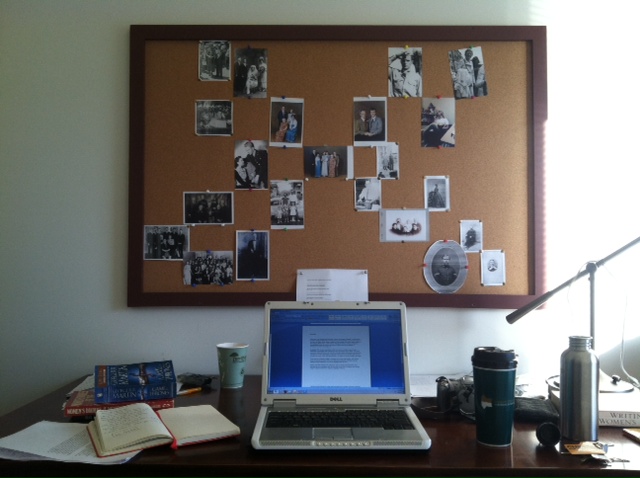 Writing Studio, Day 7
Happy weekend to you, and may the day be full of something creative.
Posted by Maureen Ewing at 6:26 AM